BB26: The Beauty Between the Lines 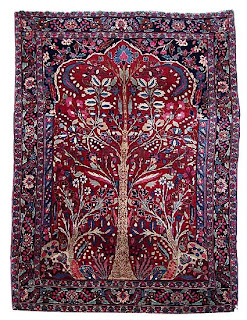 Welcome to the twenty-sixth installment of the EVE Blog Banter, the monthly EVE Online blogging extravaganza created by CrazyKinux. The EVE Blog Banter involves an enthusiastic group of gaming bloggers, a common topic within the realm of EVE Online, and a week or so to post articles pertaining to the said topic. The resulting articles can either be short or quite extensive, either funny or dead serious, but are always a great fun to read! Any questions about the EVE Blog Banter should be directed to crazykinux@gmail.com. Check for other EVE Blog Banter articles at the bottom of this post!

This month's topic was proposed by @KatiaSae of the much praised "To Boldly Go" blog. Katia asks: "Beauty is in the eye of the beholder. As an astrophotographer, I've found it in the stars and planets of New Eden. Where have you found it? Perhaps you've found beauty in the ships we fly? Maybe it's the sight of profits being added to your bottom line? Or maybe it's the pilot portraits you see in the comm channels? Where ever you've found it, write about it and post an image." Don't be afraid go beyond the simple visual aspects of EVE as well. Is the EVE Community in itself a thing of beauty? What makes EVE the game, the world, the Community, so appealing to you?

Beauty Between the Lines
Unlike most MMOs which attempt to explicitly represent every aspect of their worlds, EVE Online knowingly leaves much out, allowing the player's imagination to fill in what might be.

Like a novel that paints it's world but respects the reader enough to know that his imagination is capable of far more powerful imagery than can be conjured by it's words, EVE Online leaves our minds to wonder at the unseen details. I often find myself pondering what goes on behind those glowing rows of windows on ships and stations, or who is living on that planet below.
The People
Who knows what dramas are playing out amongst the ships crews as they scramble to their duties, or how the stargate crews feel about the passing traffic. Perhaps the industrial teams toiling on the planetary extraction facilities are battling against life-threatening environmental conditions, or unseen search-and-rescue teams scour the stars for survivors trapped in floating wrecks. How do ordinary folk go about their lives on stations and planets?
The Politics
There's an intricate web of inter-Empire politics that continually plays out beyond closed doors. Whilst capsuleers are traditionally distant from such petty rivalries (unless it suits), what diplomatic maneouverings might be taking place between the governments led by the Caldari Executor Tibus Heth, the Amarr Empress Jamyl Sarum, Gallente president Jacus Roden, and Minmatar Sanmatar Maleatu Shakor. Are there envoys aboard the station in which you are currently docked? What machinations are playing out within their constituencies on the populous planets below?
The Mysteries
The Jovians – a race of people whose advanced technology brought about the Capsuleer era have been silent for years - what has happened to them? Has the genetic malaise against which they fought finally brought an end to their existence? Have they joined the other lost races that are cryptically mentioned in throughout the lore of EVE? And just who were the Talocan, the Yan Jung, the Takmahl and which, if any, are related to the sinister Sleepers? What happened to the original Terran mother race? Has a civilisation on the other side of the EVE gate continued to evolve?
The Menaces
Sanshas Nation have risen to a frightening level of military power and who knows from where this ascendancy came? But what of the other hostile organisations, some of which hold sway in large areas of non-Empire controlled space. There's Equilibrium of Mankind - a religious cult hell-bent on the destruction of any society that doesn't follow their beliefs. Serpentis - an organisation of interstellar druglords, the Guristas - a vast outfit of criminals and pirates, the Blood Raider Covenant – a society of cultists based on some gruesome practices, and many more.
Weaving the Tapestry
It is in this intricately woven world that I find inspiration. The rich storylines and suggested themes are there to be explored and can be very rewarding for those who take the time. I have read that ancient Persian rug weavers - masters of their art - would deliberately weave a flaw into their masterpieces as they believed that only God should be perfect (sounds like they had a ridiculously high opinion of their own work to me, but hey). So with this in mind, I hope to continue to throw in a few dodgy stitches of my own as I attempt to contribute to the wonder that is the expansive, captivating and darkly enticing lore of EVE.
The beauty is between the lines.


ECHOES FROM THE CHAMBER: